Casoni, one of Italy's oldest distilleries and liqueur factories, has handed down its know-how from generation to generation, maintaining an innate passion for the production of liqueurs and spirits blended with a love for our region. Actually, Casoni has always been in Finale Emilia, Modena, the town that has witnessed this business grow in over 200 years of its history.

A TRUE STORY, THE STORY OF THE CASONI FAMILY

Over the years, the Casoni family managed to transform what was once a purely local artisan company into a company that is the leader in the liqueur and spirits production market, both in Italy and globally. 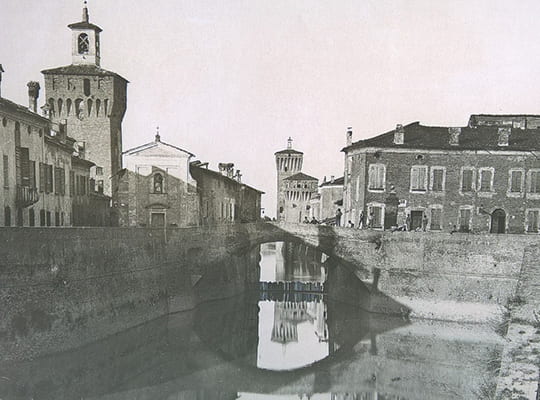 CASONI DISTILLERY AND LIQUEUR FACTORY — YEAR IN, YEAR OUT

Casoni company was founded as a small workshop producing artisanal liqueurs and distilled spirits with a specialization in anisette.

It was in 1814 that Giovanni Casoni decided to open a small liqueur factory and artisan distillery in Finale Emilia, Modena, Italy. It was the quality of the wide range of liqueurs and spirits typical of the region (including Anicetta, Anicione, Rosoli, and Acquavite d'Anice), combined with the spirit of initiative of our founder Giovanni, that made the Casoni Fabbricazione Liquori distillery immediately successful. Giovanni Casoni also forged a path for the company far beyond Emilia-Romagna, even starting up a modest export trade to North America. As demand for his products grew, Giovanni Casoni began to take on the task of developing the company and putting it on an industrial footing. By 1826 a second boiler had been put into operation and soon the distillery was running six machines. The Casoni company also began to take part in numerous Championship Fairs in Italy and abroad, where it won the most distinguished awards at exhibitions in Turin, Le Havre, Philadelphia, and Munich.

• 1853 - THE FIRST SHOP AND THE SUCCESS OF CASONI ANISETTE

Giuseppe Casoni, son of the founder, launched a small retail store that contributed to the success of the Anicione Casoni, a product that was emblematic of the distillery. This anisette won numerous certificates and medals awards in national and international exhibitions for our firmly established and reliable quality of its production. 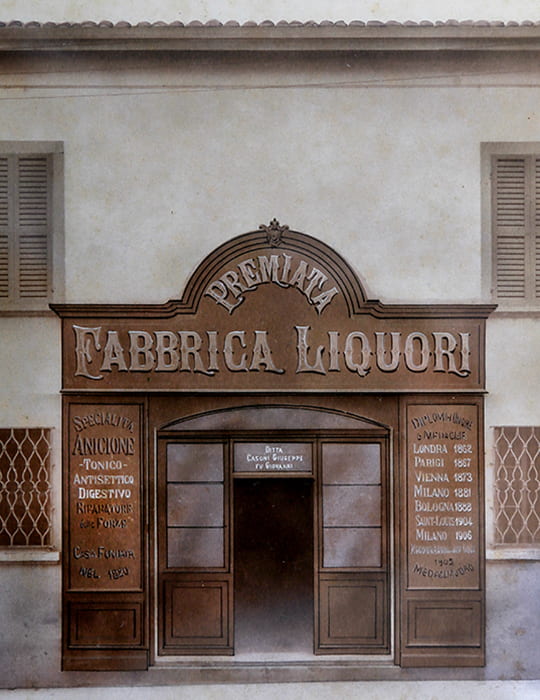 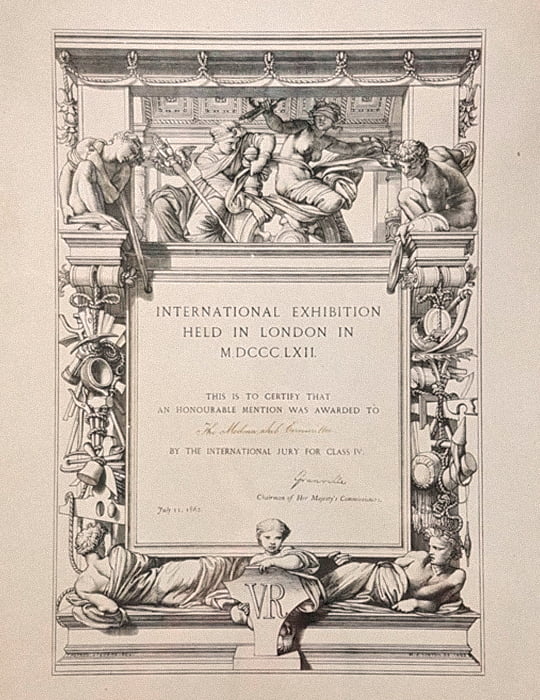 Giuseppe Casoni, together with his son Giovanni, who is named as the founding grandfather of the company, acquired real estate and machinery from the Agnini distillery, which was no longer interested in continuing its business in the sector. The acquisition marked a significant milestone in the development of the company that ultimately led Casoni to excel as the leader among the many local businesses (of which there were at least five in Finale Emilia alone). The new business structure resulting from this deal made it the largest distillery in Finale.

During this period, the management of the company passed into the hands of Enea Casoni who dedicated himself to giving new impetus to production and marketing which had been interrupted and largely ruined by the Second World War.

Upon returning from the Russian campaign immediately after the end of the Second World War, Enea Casoni rebuilt and re-established the distillery by updating all the production equipment and introducing new product ranges. It is due to him, and his entrepreneurial spirit, that Casoni distilled spirits and liqueurs extended their reach in Italy and abroad through a well-distributed and highly efficient retail outlet network, alongside numerous sales agents located throughout the regions. In these years, Casoni experienced a significant acceleration in its business. This was a trait of character, a love of speed, which Enea Casoni also revealed in his passion for racing cars: though only an amateur, he raced in the Mille Miglia in 1955 with an Alfa Romeo 1900. The car's racing number was 444 and it left Brescia on 1 May at 4.44 am. His adventure, however, was soon cut short as he was forced to retire due to an engine failure very close to Ferrara.

• 1951 - IMITATION OF THE TRADEMARK AND A NEW COMPANY NAME

The company started to enjoy growing success and became ever more renowned for the quality of its distilled spirits and liqueurs. Unsurprisingly, it attracted the attention of other local factories. The competition was clearly keeping a close eye on it and one distillery in particular copied its name and labels. Casoni therefore changed the company name to DI.L.CA. - Distilleria Liquori Casoni.

Enea Casoni died suddenly and, from that moment on, the management of the distillery passed to his son Mario, who was already pursuing a brilliant career as a racing car driver. The arrival of Mario Casoni — who would later go on to be awarded one of Italy's highest honours, the Order of Merit for Labour — marked the company's firm integration not only into the social fabric of the province of Modena but also Italian business life itself. Volumes and turnover continue to grow. Mario Casoni deserves the great credit of having enhanced the production and sale of Casoni spirits and liqueurs by creating newer, larger manufacturing and marketing centres, and bringing in innovative cutting-edge equipment and machinery. 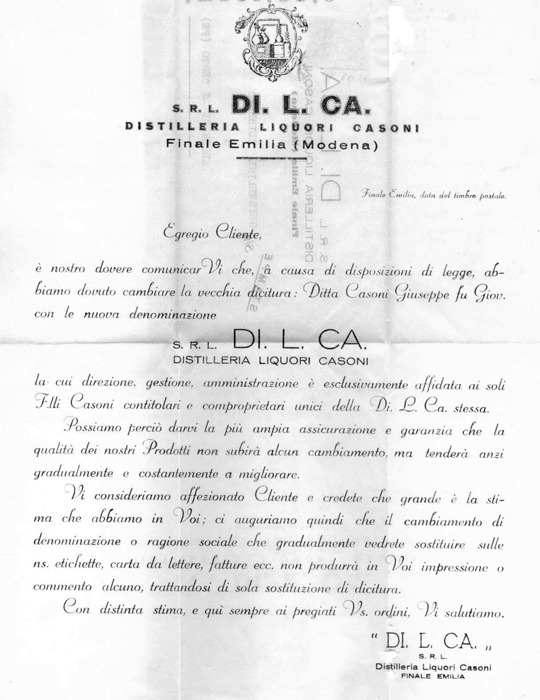 Mario Casoni, born in 1939, was a driver capable of making his mark in over fifty years of the history of Italian motor racing while, at the same time, being an entrepreneur who brought the distillery and family liqueur factory international success.

He began his career behind the wheel with the Giulietta TI that his father Enea had given him and then made him build in a garage workshop in Cento. He made his debut in 1962 at the Autodromo di Modena racing track. From there the victories followed one after another, and by the end of his competitive career, he had achieved the incredibly high score of 131 wins.

Officially, he was still a racing driver until 1970, but he hung up his steering wheel for good only in 1983. He competed in the world championships with Ferrari, Alfa Romeo, Ford, Porsche (which came second in 1975) and Abarth. He raced in F2 with the historic Ferrari Dino. Enzo Ferrari offered him a position in F1 but, so as to give priority to the management of the family business, he did not take up the offer. This is why he would later say, with a certain self-deprecating irony and a vein of regret, "I was a fake amateur, but not a true professional".

It was during these years that Casoni fully automated its operations by integrating state-of-the-art machinery into its production lines — a process which established the company as one of Italy's leading distilleries.

The 1980s in Italy were a particularly happy time full of a universal optimism, that also influenced Casoni, which was now in the process of consolidating its position in the world of distilled beverages based on the quality of its spirits and liqueurs.

With a production volume of up to 12 million bottles per year, Casoni expanded even further by also conquering the markets of Eastern Europe.

As a result of the expansion of previous years, Casoni inaugurated a new production facility in Slovakia, where it continues to produce renowned Italian distilled spirits and liqueurs. To find out more, you can read all the details about Casoni’s production.

After alternating between several owners, the Casoni company returned to the family. Mario's grandson Paolo, together with a group of entrepreneurs, bought back the renowned family distillery. This was a strong signal for the local economy which had been badly affected by the earthquake that hit Emilia in 2012.

Casoni is back on the national and international liqueur market with a renewed brand identity which reflects the essence of a company which, though historic and traditional, is constantly evolving. Of this, there is no better proof than the many new products launched to respond to the trends of an increasingly creative and innovative sector. Discover all of Casoni spirits and liqueurs.

FROM THE WORLD OF CASONI

What is a cookie
A cookie is a short text sent to your browser by a website visited. It allows the website to store information about your visit, such as your preferred language and other settings. This can make your next visit easier and increase the website's usefulness to you. Cookies play an important role. Without them, using the web would be a much more frustrating experience.

How we use them
The cookies we use are exclusively those of a technical nature, whose purpose is:
• to facilitate users' access to the services offered by the site;
• to facilitate navigation within the same.
To use this type of cookie, it is not necessary to request any consent as these devices have the sole purpose of making it easier to consult the website or to respond to the user's needs or to provide the website manager with information which will be use anonymously.

Technical and aggregate statistics cookies
This Application uses Cookies to save the User's session and to perform other activities that are strictly necessary for the operation of this Application, for example in relation to traffic distribution.
This Application uses Cookies to save browsing preferences and optimize the User's browsing experience. These cookies include, for example, those for setting the language and currency or for managing statistics by the website owner.

Other types of cookies or third-party tools that could install them
Some of the services listed below collect statistics in aggregate and anonymous form and may not require the consent of the User or could be managed directly by the data controller - depending on how described - without the help of third parties.
If any of the tools indicated below contain services managed by third parties, these may - in addition to that which is set out below and without the knowledge of the data controller - perform User tracking activities. For detailed information on this, we recommend that you consult the privacy policies of the services listed.

Statistics
The services contained in this section allow the Data Controller to monitor and analyse traffic data and are used to keep track of the User's behaviour.

Google Analytics with anonymized IP (Google Ireland Limited)
Google Analytics is a web analysis service provided by Google Ireland Limited ("Google"). Google uses the Personal Data collected in order to track and examine the use of this Application, compile reports and share them with other services developed by Google.
Google may use your Personal Data to contextualise and customise the ads on its advertising network.
This integration of Google Analytics makes your IP address anonymous. Anonymization works by shortening the IP address of the Users within the borders of the member states of the European Union or in other countries participating in the European Economic Area Agreement. Only in exceptional cases will the IP address be sent to Google's servers and shortened within the United States.Personal Data collected: Cookies and Usage Information.
Place of processing: Ireland - Privacy Policy - Opt Out. Persons using Privacy Shield.

Management of cookies in the browser
Some people prefer not to enable cookies and for this reason, almost all browsers provide facilities to manage them in order to respect users' preferences.
In some browsers, you may set rules to manage cookies on a website by website basis, an option that gives you more accurate control over your privacy. This means that you can disable cookies on all websites, except those you trust.
Here are some reference links to understand the process of disabling cookies in the most used browsers:

However, by completely disabling cookies in the browser, the user may no longer be able to use all the interactive features of this website.

This site uses cookies to improve users' browsing experience and to gather information on the use of the site. We use both technical cookies and third-party cookies. By closing the banner, scrolling the page or clicking any element you consent to the use of cookies.